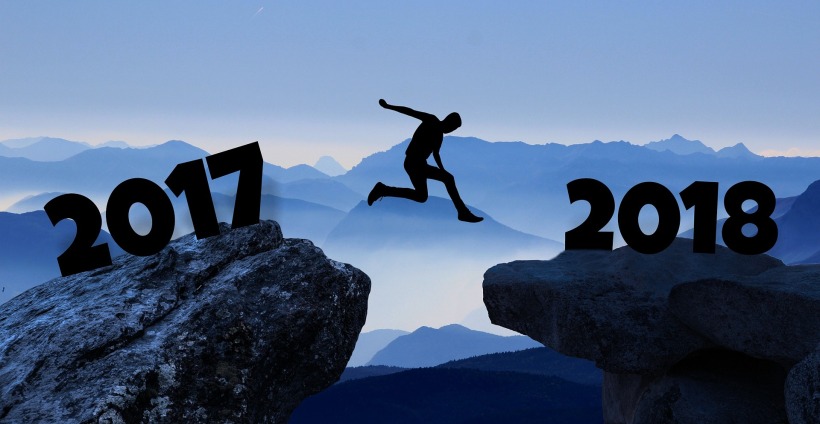 (<2 minute read) Here are 6 accomplishments of mine in 2017 that I did on my own time outside of the office.

I’m a strong believer in moving forward. Don’t get me wrong, I’ve spent way too much of my life holding grudges and being anchored on past trivialities. One day, the concept of time started clicking (pun of the day, folks) and I realized I still have enough to accomplish great things. I also realized I did NOT have time to sit and moan about how unfair life could be.

So I became goal-oriented and plan-driven, logging everything for periodic reviews to get the most out of life. What better way to do that than over the holiday break? Here are 6 accomplishments of mine in 2017 that I did on my own time outside of the office:

#1) I published to this blog on the first Monday of every month in 2017
This was a goal I set in the summer of 2016. Give or take some lighter posts, I’d say I nailed it.

#2) I submitted an entry for a weekend Game Jam
And boy am I rusty! Learned a few things about VS Code and Mac development, but I clearly need to work on some degrading coding skills.

#3) I took the N5 JLPT
That’s Japanese Language Proficiency Test, specifically the basic level. I don’t yet know if I passed, but I know how I feel I did and that’s a good measurement of my progress towards fluency, which is the only reason I took the exam.

#4) I played a fully online match with my son in the mobile game I’ve been working on
I added multiplayer to my game, using Tuesday nights to work on the code. It’s got a long ways to go, but the fact that it was playable from start to finish brought me great joy.

#5) I took my family to the beach
What? A 14 hour drive with two boys is not an accomplishment?

#6) I bought a new house
Working hard to keep my financials in order gave me the opportunity to provide a bit more breathing room for my family.

Summary
Goals help shake you out of your rut and help you experience life. Sometimes, you fail at them. Like, horribly fail at them. But, if you can adjust your perspective, you can see positive results, whether its a lesson learned or thicker skin. And you get that by consistently getting up and doing.

Whenever I ask my son what he want’s to be when he grows up, he usually says a policeman or a fireman.  Or a Pizza Delivery guy…because they bring happiness to homes.  Can’t fault him there.  I can’t imagine “Technical Project Manager” is an often picked dream job.  So why would one choose this path?

I have been chronicling my journey transitioning from a developer to a manager and will be sharing my experiences via this blog.  I intend to bring a unique perspective on this craft to help you refine yours or perhaps even set you down this path if you’re early on in your career.  Most of the material here is based on lessons from my own missteps that made me think deeper about my approach.

Who am I?
If you paused for just a second, could you use only a few sentences to capture all the twists and turns that led you to where you are now, ultimately defining who you are?  What significant forks have there been in the road?

It was a few years ago that I was given a choice between being a Sr. Developer or a Technical Program Manager.  All in the tech realm, but two very different disciplines.

I have a Bachelor’s degree in Computer Science and a minor in Mathematics.  I was also listed as having “Studies in Japanese”, but that’s a story for another day.  The short of it is all of my education has geared me to do one thing:  write code.  And I love to write code.  Code doesn’t argue with me.  If code doesn’t do what I want, it’s because I didn’t write it correctly.  And when code works the way you intended you get this great sense of accomplishment.

…and yet I chose to be a Technical Program Manager, not a Sr. Developer.  I still code and I still love to code.  But I’ve learned to love people too.  More importantly, to respect them.  Ultimately, I have some ingrained instincts (band name, anyone?) from my programming days that need correcting if I want to succeed at this role.

So, Why Management over Development?
It’s a personal choice and not one to take lightly.  If you love to code as I do, know that if you go down this path you’ll be doing significantly less of that.

So naturally my gut originally told me to go with development.  It is, after all, what I spent the majority of my life building up to.  After going home to think it through, I came up with the following bullet points (cus I’m all about the bullet points):

I made the choice and haven’t looked back.  There is certainly a different kind of pressure, but I’ve learned to manage that too.  I also think I’ve been more content with this role professionally than I was as a developer.

Developer for Life
Making the hop from developer to manager at the same job will create some complex relationships with some of your coworkers.  But a greater concern is likely the fear of cutting ties with your inner developer spirit (mine’s a wolf…I think).  It took blood, sweat and tears to establish yourself as a developer and suddenly you’re just going to abandon it all?

Sure, you’ll get a few jokes made at your expense, but don’t fool yourself.  Once a developer, always a developer.  I still have a passion to learn new programming languages and mold things with my digital know-how.  If you have less time to play games (you know, because Life), that doesn’t make you not a gamer.  If anything, it will have you appreciate the time more.

There’s No Wrong Choice
There’s way too much chaos in the universe.  Write down what you want, short term and long term, and give each side equal time in the comparison.  Certainly don’t discredit a lateral move that’s not the obvious choice!  Then make your choice and march on and be proud of your decision regardless of what happens next.

Moving on, I’m going to talk about the how and the why of certain aspects of taking the helm, The Digital Helm.  And how life balances out with this role.  And I’ll probably include pizza here and there.

Senior Technical Program Manager at a Digital Innovation Agency with 10+ years of professional experience working in the tech industry.